Why Are Built In Refrigerators So Expensive?

Why Are Built In Refrigerators So Expensive?

When comparing a standard refrigerator’s price to a built in, assuming the mechanical systems are all the same, why are the built ins thousands of dollars more? The answer is very simple, because they can be. Built in refrigerators cater to a small luxury market that has the money to pay a premium price tag. And that’s about it. Seriously, it’s a limited high end market selling a product that’s not mass produced. With any high end luxury item that’s in limited supply your going to pay a premium. It’s called prestige pricing and refrigerators are no different from any other luxury item.

But they’re have to be some difference to justify the high prices, right? Read ahead and we’ll discuss them. 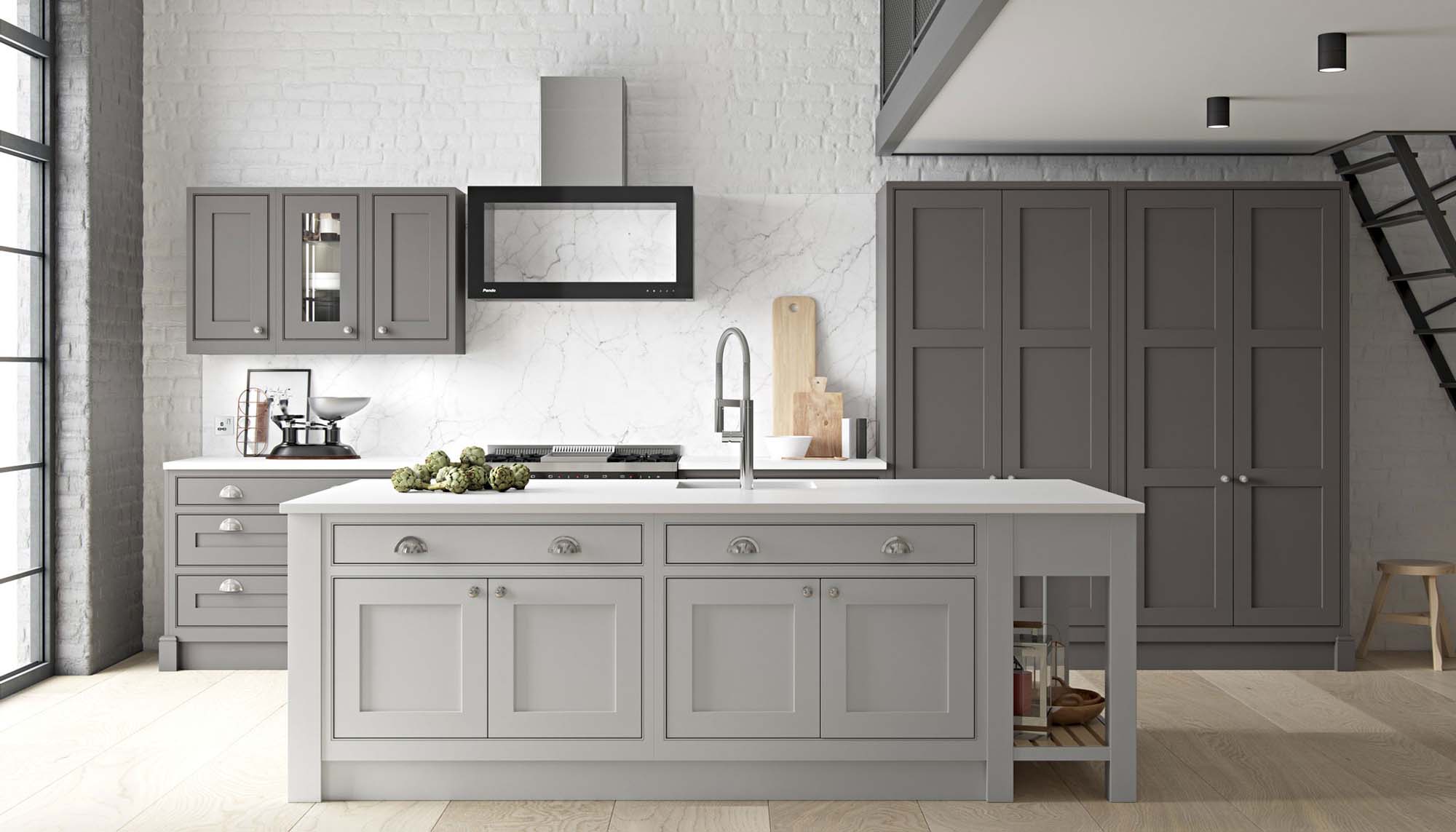 Built in refrigerators are high end appliances, so the mechanical systems will be top of the line. But when you compare them to other high end refrigerators they’re a lot more money. Some are over $10k more than a comparable stand alone fridge. That’s a huge price increase. How do they justify the prices they’re asking. The answer is looks.

Nothing looks like a built in fridge. If your building a high end million dollar home then going with a cheaper, stand alone fridge just isn’t an option. Or your remodeling a home and want your kitchen to look it’s best, a built in refrigerator is your best choice. And manufacturers know it.

Built in refrigerators are designed to truly be “built in” to the cabinets surrounding them. You know how with a standard fridge you push it into the gap between cabinets leaving a space on either side and the top. That’s not how built in refrigerators work. Built ins are installed as part of the cabinets system, just like another cabinets would be, so they’re are no spaces and the front of the fridge is flush with the cabinets. Some even have a cabinet face so it looks like the other cabinets.

Built in refrigerators have a beautiful look that you just can’t get with any other type of fridge. And manufacturers know it. They’re considered a top of the line luxury item with a premium price tag marketed to select clientele. Your not gonna find these in a Home Depot or Lowes appliance section. But if you’ve got the money and want the best, built ins are the right choice and really do look fantastic. 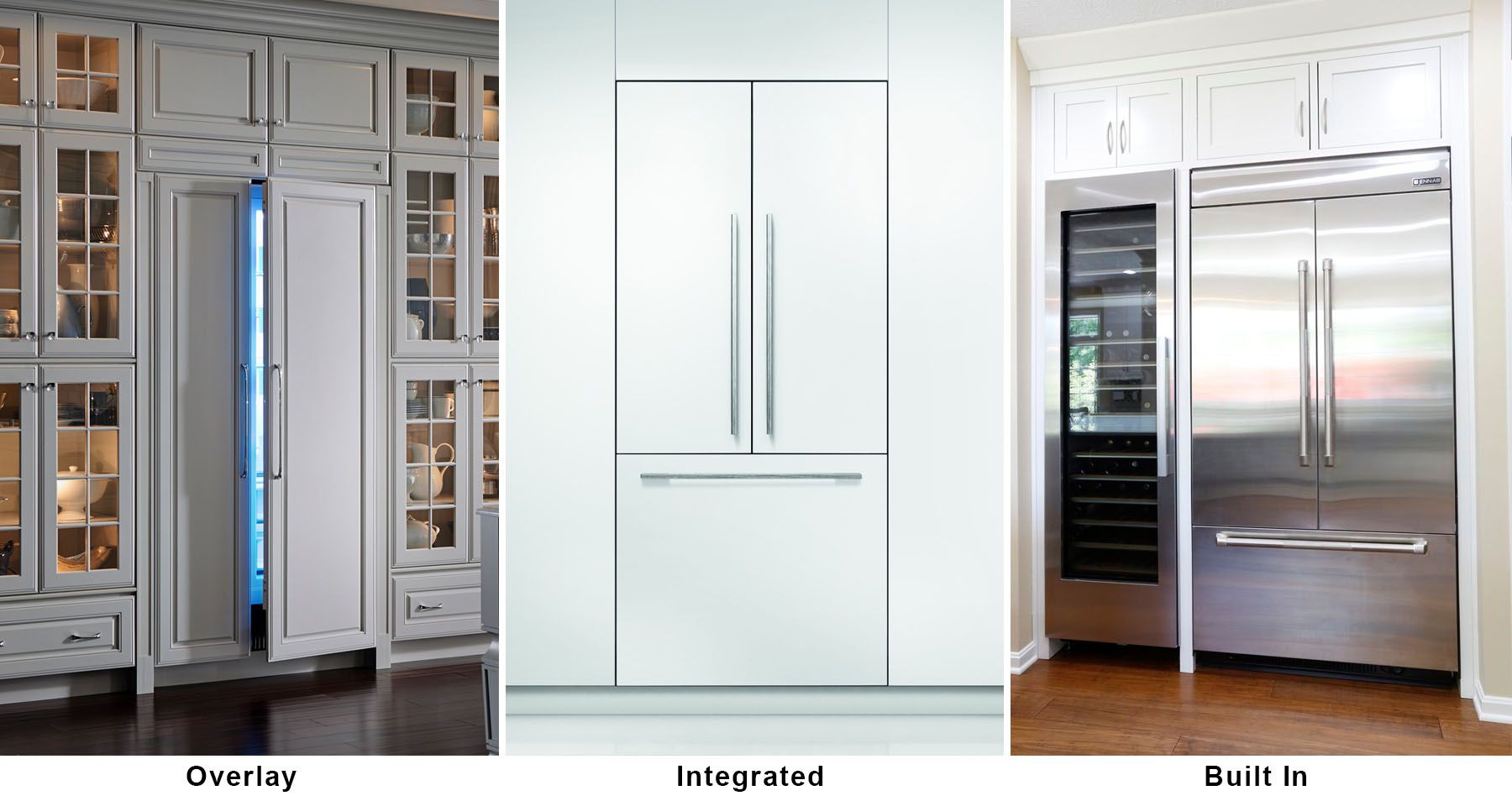 Why Do Built In Refrigerators Cost More?

They’re are three basic types of built in refrigerators.

Overlay or panel ready refrigerators are designed to allow a cabinet panel being installed onto the door which matches the rest of your kitchen cabinets. All overlay units are considered built in units. The term “overlay” just means that it’s designed to be fitted with a panel to match your other cabinets.

On overlay units, the door sticks out a little from the cabinets. Even though the panel overlay matches your cabinets, it’s still obvious where the fridge is located in your kitchen unless you have other cabinets that are the same size or a matching freezer.

Overlay refrigerators often vent out the top which is generally visible.

Overlay units are considered the mid tier price among built in refrigerators although they can get as pricey as Integrated units if the overlay design is expensive to make.

Integrated refrigerators differ in that they are completely flush when installed. There are no visible compressor vents, and they’re built with a totally inset door which sits perfectly flush with your cabinets.

“Built in refrigerator” is an umbrella term that refers to integrated, overlay, and stainless steel refrigerators that are permanently installed into your cabinets. As you can see in the picture above, built in units can be bought with a stainless steel door that matches your other appliances and is built into the cabinets with a flush face.

Because with this design you don’t have to pay extra for a matching cabinet face, it’s the least expensive option among built in refrigerators.

If you go with a standard built in with stainless steel doors, then you don’t have to worry about this. The fridge will still be a lot more money just because it’s a built in, but at least it’s the least expensive built in option.

However, if you opt for the integrated or overlay design. You could easily spend thousands of dollars more building the custom doors depending on the style and material you use. And then there’s the size.

Built in refrigerators come in much wider widths than the standard 36″ fridge you’ll find at Best Buy. We recommend the 48″ to our clients. But, with bigger doors comes a higher price tag for building and installing the cabinet faces. Keep this in mind when your pricing out your next built in fridge as prices can easily rise to over $20,000.

Installation Adds To A Built In Refrigerators Price Tag

Don’t forget about installation prices when shopping for a built in refrigerator. With a standard, freestanding unit, you just push it in place and plug it in. With higher end units you may need to connect a water line or do some programming but the actual install is done by simple pushing it in place. Standard refrigerators are sold totally ready to go. That’s not the case with a built in. Not if you want it to look built in anyway.

A built in refrigerator works exactly the same as a standard one. So if you just push it in place and plug it in it’ll work just fine. But it won’t look very good. To be a built in, it has to actually be built into the cabinetry. I mean, that’s why you bought a built in isn’t it. This building into the cabinetry costs money. In most cases we build the entire kitchen around the built in refrigerator. They’re rarely thrown in or added into an existing kitchen design. Built ins work best when integrated into the design from the beginning so the doors match the cabinets your using perfectly. The better they match the better your built in will look. For all that money it better look perfect, and it can, if you do it right from the start.

The only down side is that doing it right means hiring a professional that’s experienced with built ins and high end cabinetry. Possibly even cabinet making. This is expensive. Which is the only real drawback to buying a built in refrigerator. I mean, if they were cheap everyone would have one. 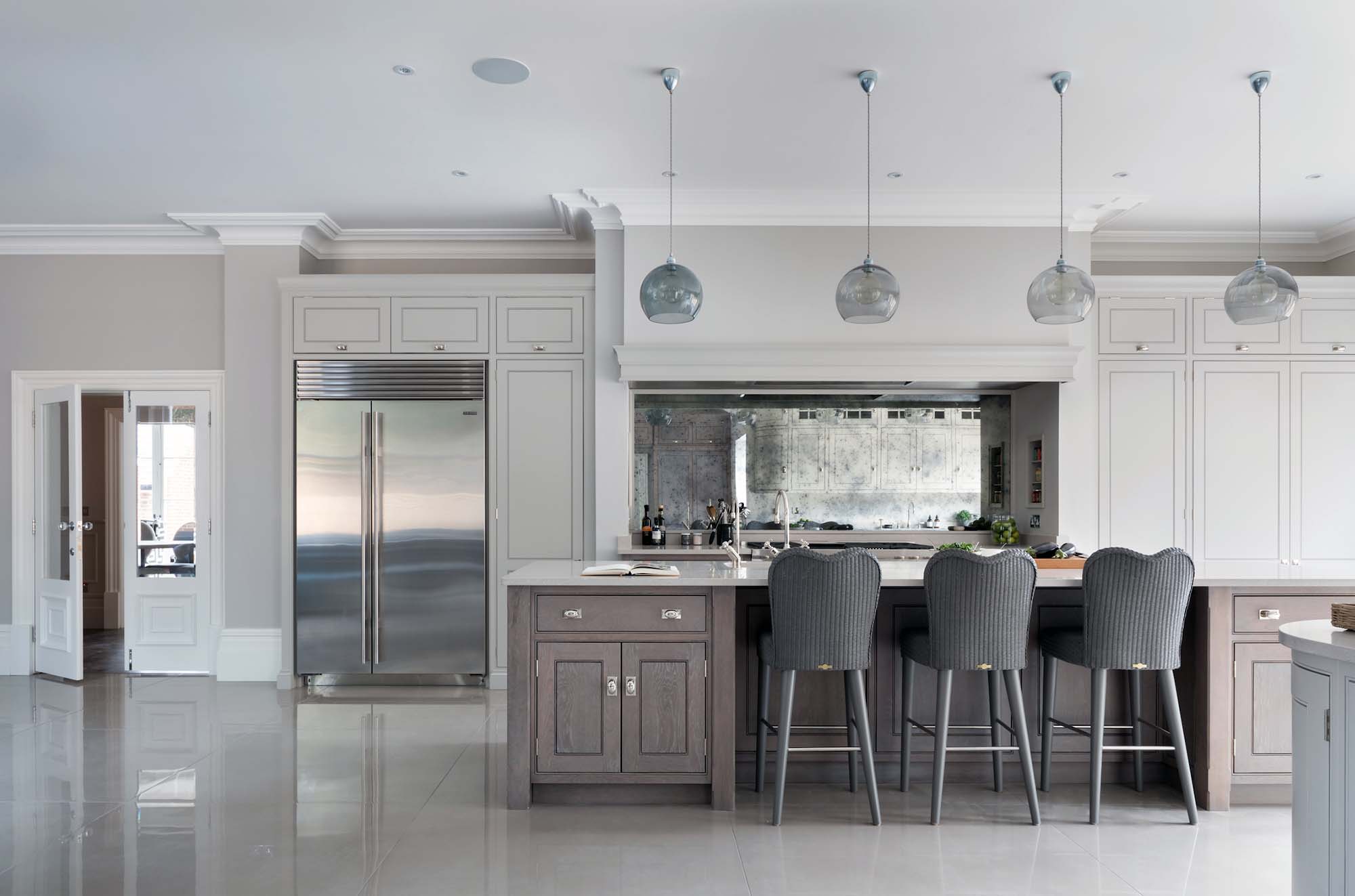 Freestanding refrigerators are by far the most common refrigerator you’ll find in a kitchen. It’s the least expensive option because they’re mass produced and sold completely ready to go. You can pick up a basic refrigerator for as little as $300 bucks and they don’t have to be installed by a professional. Another factor you have to consider when pricing a built in unit. And despite the low price tag, freestanding fridges are offered with a lot of options including multiple door styles, a variety of sizes, colors and finishes.

Plus, standard fridges are easier to move or sell if needed. Just try and sell a custom built in unit. It’s not so easy. The doors will have to be completely redone to match the new kitchen cabinets. But a standard fridge can be installed in just about any kitchen. Just push it in place and plug it in.

Because standard fridges are so versatile and are used in so many kitchens, manufacturers make thousands of them. While a built in unit may only work in a handful of kitchens, a freestanding fridge could be used in millions.

Volume of sales is the biggest reason why freestanding refrigerators are so cheap compared with built in units. 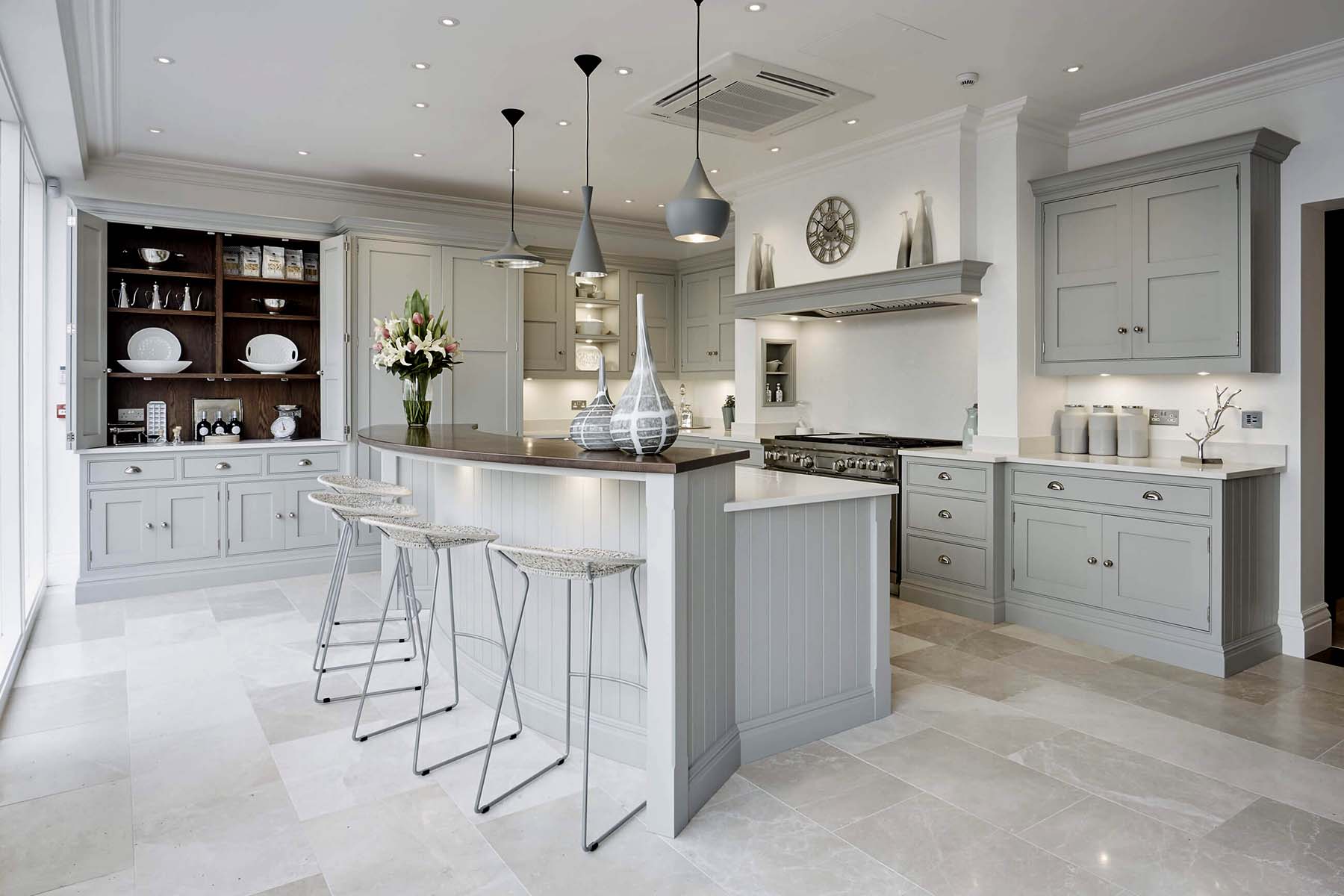 Built In Refrigerators Sit Flush With The Cabinets

Built in refrigerators sit flush with the other cabinets where standard refrigerators stick out. Because of this, a built in unit is a few inches shallower than a standard fridge. This, when compared to an equal width unit, equates to less storage space. However, to compensate for the shallower depth, built in refrigerators are sold in much wider widths than the standard 36″ units you’ll see at your local hardware store. This additional width results in a lot more storage space. But because the fridge is wider it’s of course going to be more expensive.

Built in refrigerators come in much wider widths than a standard fridge does. And you’ll want to go with a wider fridge because due to the shallower storage area, the inside will feel really small if you don’t. It’s hard to explain how this shallow inside feels until you’ve experienced it. Most of us are used to a standard fridges depth and how much fits in it. When you switch to a unit that’s inches shallower, you’ll notice.

Another thing you’ll find is shallower drawers. It takes some getting used to but our advise is to get as wide a fridge as possible. 48″ works best. But you’ll have to deal with the high price tag that goes along with it. And that’s not just for the fridge itself. You’ll also have to pay more for the larger cabinet doors if you opt for the integrated or overlay designs.

When considering the high price tag for a built in refrigerator don’t forget installation. With a freestanding fridge all you do is plug it in and push it in place. Maybe you have to hook up a water line or do some programming if you bought a smart fridge. But with a built in refrigerator you actually have to build it into the cabinets. Permanently. Along with plugging it in and hooking up the water line and doing some programming.

With an integrated or overlay built in you also have to build matching cabinet faces. And install them. Built ins are a lot of additional work which require real, trained professionals. It’s not a typical DIY project. This is all in addition to the higher price tag for the unit. There’s a reason built in fridges are only used the highest end kitchens. And that reason is the crazy price tag. Built in refrigerators with an all in cost of $20,000 dollars or more are not uncommon in the luxury real estate market. 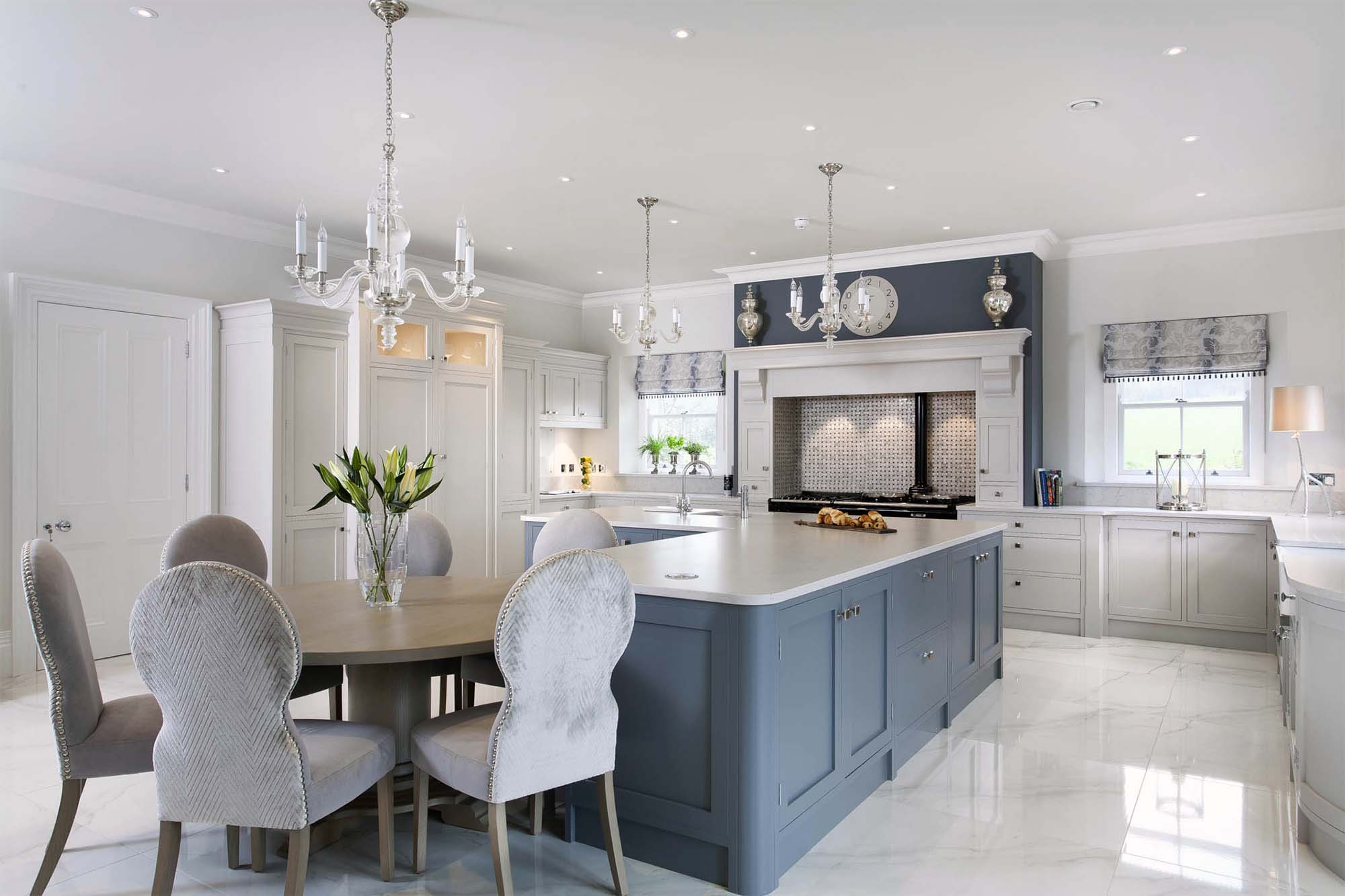 Refrigerators that are permanently built into the cabinetry cost a lot because their a high end appliance. While that’s 100% true, they’re are also high end freestanding refrigerators that are less than half the price. So the premium is because of looks, plain and simple, but your still gonna pay a lot for the appliance itself. The refrigerator part of the built in is always going to be a top of the line unit. You’ll never have to worry about quality because they’re are no cheap built in models on the market. Only top of the line manufacturers sell built ins so the quality and warranty will be excellent.

When it comes to making the right choices for your new kitchen, choosing the perfect refrigerator is a must. There’s no way around it. If you want a luxury kitchen then you need high end appliances. And the highest end refrigerator you can buy it a built in. They’re considered a standard at the high end of the real estate market and if that’s what your going for then be prepared for the downside of a really high price tag.

However if you have the money and you want the best, there’s no doubt a built in refrigerator is well worth the money and a must have if your building a custom, million dollar home with a luxury kitchen.

E-mail us some pics of your built in refrigerator, we’d love to see what you’ve created. 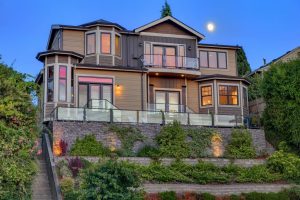 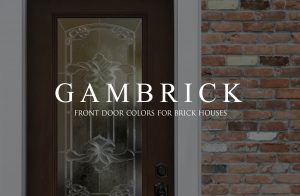