Is Cement Stronger Than Concrete?

While the terms cement and concrete are sometimes used interchangeably, they’re not the same thing. Cement is actually one of the active ingredients found in concrete. To make concrete you mix together varying amounts of cement, aggregate stone and sand with water. A chemical reaction occurs between the cement and water which forms a paste that binds all the aggregate together into a single solid mass called concrete. Is cement stronger than concrete. No. On it’s own cement is definitely not stronger than concrete and is actually prone to cracking. However, when mixed with other ingredients it can achieve great strength and durability.

Concrete is much stronger than cement. Cement is one of the ingredients found in concrete, along with gravel, water, air, and sand. While cement can be used for small jobs such as fixing cracks and grouting tiles, concrete is used for the large scale construction where strength is needed.

Ahead we’ll take a look at cement, it’s strengths and weaknesses and how it’s made into much stronger concrete.

Cement Is Used To Make Concrete

Concrete is a mixture of cement, aggregate, air and water. Without cement, the other ingredients wouldn’t bind together. It’s the cement that activates with water to form a paste that makes concrete possible.

Concrete is among the most widely used construction materials in both residential and commercial applications around the world. It’s strong, versatile, resistant to the elements, durable and cheap. The ingredients are natural and very basic which makes them available almost anywhere you go.

Cement is also used by itself around the world but for smaller jobs like plaster coats and filling cracks. It’s much weaker than concrete and can’t handle heavy loads because of how easy it cracks which makes it a poor foundation material.

The Fundamentals Of Cement

The ingredients are heated to very high temperatures which creates a rock like substance that is then ground into an extremely fine powder called cement.

When mixed with water, cement chemically reacts and forms a paste. That paste then dries and hardens. On it’s own cement is weak and prone to cracks. It’s best when used as a filler for grout, bricks or as a plaster coat because it can’t hold much weight and makes a poor foundation material. However, when mixed with aggregate it acts as a binder and becomes extremely strong.

What’s The Difference Between Cement And Concrete?

Many people believe cement and concrete are the exact same thing. But they’re definitely not. Although concrete is basically cement with other ingredients thrown in, they’re still very different. Once you add aggregate stone and sand to cement, the entire substance changes.

The main differences between concrete and cement are:

An Overview Of Cement

Cement is a man made product. It’s a mixture of various material components that are heated together and then crushed into a powder. The majority of cement is made up of lime and silica, but alumina, magnesia, alkaline, iron oxide, calcium sulfate, and sulfur trioxide are also commonly found.

You can make cement yourself by crushing the right shells into a powder and then heating them to extreme temperatures. It’s the process of crushing, heating and then crushing into a powder that creates dry cement.

Cement can be purchased in powder form from most hardware stores. When mixed with water the cement chemically reacts and activates to form a paste. The paste then dries and hardens.

Cement has been used for thousands of years all over the world in both it’s native form and mixed with aggregate to form concrete. In fact Roam concrete, one of the most famous forms of concrete, was made from cement powder and aggregate to build almost all of ancient Rome.

Cement is thinner than concrete,lighter and easier to work with. And because there are no stones it’s easy to use in very thin amounts like grout or to fill small cracks. Just keep in mind that its prone to cracking.

Cement on it’s own isn’t very strong or durable but it does have it’s applications. Here are just a few:

What Cement Is Commonly Used For?

Cement is most commonly used as a binding ingredient in other compound mixtures, like concrete and mortar. On it’s own cement is too weak to be used as a foundation material so it’s applications are limited.

Pure cement is used for more small jobs like tiling, making repairs, setting bricks, plaster work and other jobs of this nature.

Cement is very adhesive once it dries as long as you don’t add too much water. This is one of the things that makes it so good for repair and binding work. However,you would never use cement alone for things like a sidewalk, footing, wall or patio.

Masons will always keep cement on every job for repair work or to adjust the composition of they’re cement. Not to mention how much they use to make the concrete itself. Without cement, most residential, commercial and industrial projects wouldn’t be possible because it’s such an essential ingredient used to make concrete. It’s just not that useful all by itself.

An Overview Of Concrete

As we’ve already mentioned, cement is a key ingredient used to make concrete. And without concrete, almost all of the homes, buildings, bridges, sidewalks and damns wouldn’t be possible. Concrete has helped shape and build the world. But none of it would be possible without cement.

Concrete consists of cement, stone, and sand mixed together to form a dry mix. When dry concrete is mixed the correct amount of water and allowed to cure it becomes extremely strong and dense.

Concrete comes in different strength ratings which are measured in psi or pounds per square inch. The higher the number the stronger the concrete. You can also add additives and chemicals to concrete to give it other attributes like fast setting, flexibility or crack resistance.

Once it’s mixed with water, dry concrete starts to assume a smooth, mud like consistency that must be constantly stirred from that point on otherwise it will begin to harden. Once the concrete gets hard there’s no way to reverse it.

Concrete work must be done with great care and skill because once it dries, hardens, and sets, there’s no going back. If you make a mistake, the entire job can be ruined.

What Is Concrete Used For?

Concrete is one of the most common building materials in the world. It’s used for all sorts of jobs ranging from sidewalks and patios to foundations and large scale damns. Because of how easy concrete is to pour and form, it can be used to build just about anything. And with the inclusion of reinforcing materials like rebar it’s extremely strong and durable.

Concrete absorbs water like a sponge because of it’s porous structure. However it’s also very resistant to the elements and works well outdoor. It’s even used underwater to build the foundation of damns and bridges.

What it’s not typically used for is very thin applications like grout lines, brick work or plaster coats. This is due to the stones that get in the way. For this type of work your much better off using cement.

How Is Cement And Concrete Strength Rated?

Because concrete is used in structural applications like foundations, strength standards must be carefully regulated to meet building code requirements. If the concrete isn’t strong enough the support the load of the structure atop it, the structure could fail and collapse. Because of how important the correct strength level is, there must be a way to measure its strength. This is in the form of psi, o9r pounds per square inch.

The strength of concrete is measured according to its PSI (pounds per square inch). The higher the number the stronger the concrete is. PSI measures the concrete’s resistance against compressive force. When you purchase bags of concrete mix from the store, the package will display it’s PSI strength. When you order a concrete truck you need to tell the company what strength concrete you need. But when you mix your own on site,you’ll have to do the math yourself. In general, the more stone you add the higher the PSI will be. There are also chemical additives you can throw into the mix to increase the concrete’s strength.

4,000 PSI concrete is typical in most residential construction. It’s suitable for things like a driveway, footing or foundation wall.

Adding too much water will reduce the PSI of your concrete mix so make sure to add just enough. properly mixed concrete should have the consistency of thick oatmeal and should never be watery.

The strength of cement is generally less important because it’s not used in structural applications. However, it’s still important that cement be strong because it’s one of the main ingredients in concrete. And when you do use it as a grout, to lay bricks or as a plaster coat, you’ll want it to last. Just as with concrete never over water your cement.

Which Is Stronger Concrete OR Cement?

Concrete is, without a doubt, much stronger than cement. It’s designed specifically for structural work to withstand a huge amount of force while maintaining its strength.Cement on it’s own isn’t very strong and makes a poor structural material since it cracks easily. However, cement is the main active ingredient in concrete. Without it, almost every modern home and building in the world would not be possible.

Since cement is such an important part of making strong concrete, without strong cement, you can’t produce strong concrete. Concrete is basically just cement with some additional additives. But those additives are what gives concrete all it’s strength gains.

Cement is not a weak material and will dry very hard and dense. However, it just doesn’t compare to concrete and can’t hold much weight. If you’re planning on doing a job where strength matters, always use concrete.

Always refer to your blueprints when selecting the right strength concrete to use and when in doubt go stronger instead of weaker.

Make sure to never over water concrete or cement. It greatly weakens the mix.

Summary: Is Cement Stronger Than Concrete?

While the terms cement and concrete are sometimes used interchangeably, they’re not the same thing. Cement is actually one of the active ingredients found in concrete. To make concrete you mix together varying amounts of cement, aggregate stone and sand with water. A chemical reaction occurs between the cement and water which forms a paste that binds all the aggregate together into a single solid mass called concrete. Is cement stronger than concrete. No. On it’s own cement is definitely not stronger than concrete and is actually prone to cracking. However, when mixed with other ingredients it can achieve great strength and durability.

Concrete is much stronger than cement. Cement is one of the ingredients found in concrete, along with gravel, water, air, and sand. While cement can be used for small jobs such as fixing cracks and grouting tiles, concrete is used for the large scale construction where strength is needed.

If you have any questions or comments about cement or concrete E-mail any time.

How To Save Money Building A House

How Many Square Feet Of Concrete In A Yard?

What Concrete To Use For Stepping Stones

How Many Bags Of Concrete Are On A Pallet?

What Is Plaster Made Of?

Does Cement Board Need Waterproofing?

Why Is Concrete Gray?

Can Indoor Air Conditioners Be kept On The Floor?

What Is A Brad Nail?

How To Choose The Right Dining Table

How To Remove Gorilla Glue From Skin

Should You Seal Concrete Around A Pool?

How Much Does A Yard Of Concrete Weigh? 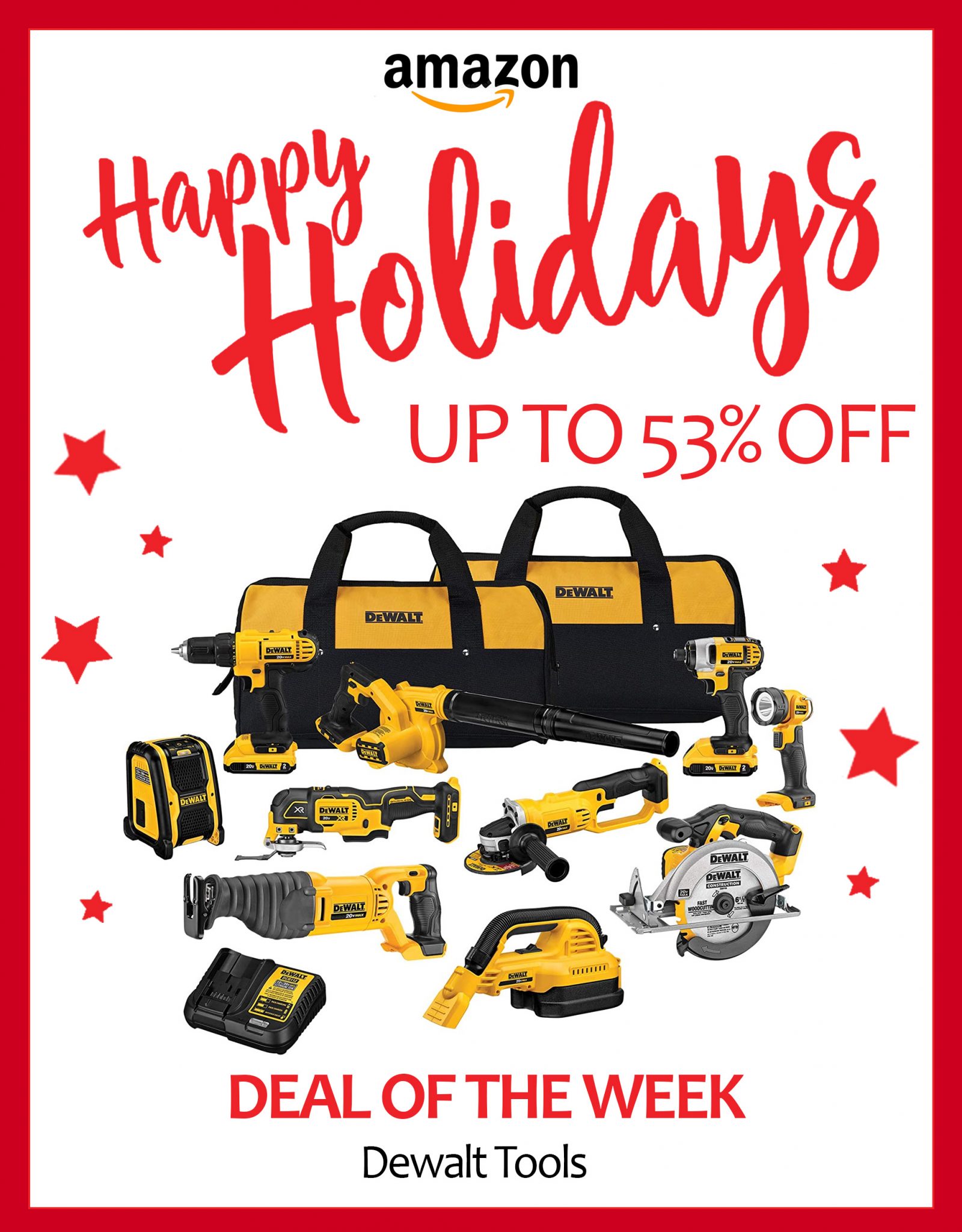