What Is Plaster Made Of?

The basic plaster recipe is lime or gypsum, sand or cement, and water. But there are different types which use a variety of local ingredients. Including slaked lime Ca(OH)2, Venetian which includes pigment and marble dust, gypsum, clay, and Moroccan called tadelakt which is made of lime and black soap made from olives. Plaster is similar to cement and becomes extremely hard when dry. Ingredient ratios can be varied based on the consistency and texture your looking for. Water should be used sparingly. Use just enough water to mix the ingredient thoroughly and not a drop more. You don’t want watery plaster. It’s a funny building material because there’s no standard recipe. Every part of the world uses their own local ingredients to make it.

Plaster is primarily used as a wall and ceiling covering. In ancient times, almost all homes and buildings used it. It’s easy to apply with simple hand tools like trowels and floats over brick, stone or concrete walls to create a super smooth and level surface. And it can be used to cover wood framing too. Strips of wood called slats are nailed to the framing first. Then plaster is applied to the slats. This is how US homes were traditionally built before drywall was invented.

Sand content can be adjusted based on the texture you want. Finer sand makes a smoother plaster while course sand creates a rough finish.

Plaster has a pasty composition similar to wet clay. The lime or gypsum, water, and sand becomes rock hard when dry. This creates a very strong surface but it can be hard to penetrate. Hanging pictures on a plaster wall is harder than on drywall.

Ahead we’ll talk in more detail about plaster and what it’s made of.

What Are The Ingredients In Plaster?

Clay, lime, gypsum, sand, cement, mud and even animal hair have all been used to make plaster. There’s no one way to make it. It’s been around for thousands of years and was usually made from locally sourced ingredients.

Most plaster made today contains the ingredients lime or gypsum, sand or cement, and water. It’s very cheap and easy to make. Which is why it’s such a popular building material around the world.

There are dozens of ways to make plaster. Most homes in Europe, Asia, South America and Africa cover their walls and ceilings with it. Locally sourced ingredients like clay, cement, sand, gypsum, animal hair, straw and mud can be mixed to create different forms with varying properties. Some version, like Moroccan tadelakt, are even waterproof. Venetian is white and dries to a super fine and smooth surface with quality suitable for a palace.

Pigment can be added when the product is wet to create all sorts of colors. White Venetian is one popular example and a very beautiful look.

Early American homes and buildings used plaster made from lime. When mixed with sand, cattle hair and water, the putty like substance was applied to walls and ceilings and allowed to set. Once dry, the surface was extremely durable and resembled limestone.

If you’re buying plaster that’s been commercially made, which is what pretty much everyone does, it’ll be made from lime or gypsum, sand or cement. Usually it’s a cement based product with very fine sand. Some manufacturers will also include some pigment or you can add it yourself.

The most popular types include some white pigment as an ingredient which makes it look Venetian. The whiter the better in my opinion. I like my product to be extremely white and very fine. This is possible by using very fine sand, cement and white pigment.

The finer the sand the better. You can even get white sand which makes creating a super white Venetian finish even easier. Cement comes white too which is an added bonus.

Southwestern style plaster is made more brown like a natural clay color. You can achieve this look by using brown sands and tan pigment. I also use a coarser sand. Southwestern style finishes are typically rougher and more rustic. While Modern finishes tend to be much smoother.

No matter how you adjust your plaster’s ingredients, make sure not to over water it. Use just enough water to activate all the cement and not a drop more. What you want is a paste like wet clay. If the product is watery you won’t be able to spread it properly. It’ll fall right off the walls and ceilings.

Plaster Of Paris Is A Popular Form Of Plaster

Plaster of Paris is one of the most commonly used and is also called gypsum-plaster.

Plaster of Paris is a mixture of powdered calcium sulphate (commonly known as gypsum) and water that hardens quickly. It’s made by heating the gypsum to 150 degrees centigrade, and then mixing the dry powder with water. The powdered gypsum is then mixed about two parts powder to one part water, which creates a white a paste.

Plaster of Paris can be applied as a wall and ceiling covering, but it’s more commonly used to make decorative elements. Things like cast products, statues and trim. It dries very hard and takes the shape of any mold it’s poured into. And it’s fairly easy to shape which is how builders turn it into trim and other decorative elements.

The paste dries with a super smooth surface which makes it great for pouring into molds. It’ll take the exact shape of any mold you pour it into. You can reproduce existing products, like statues, by making a mold and then filling that mold with Plaster-of-Paris.

What Holds Plaster Together?

Clay, lime, gypsum, sand and mud are just a few common ingredients used to make plaster. But something has to hold them all together in order to form a new substance. This is called a binding agent and it’s what makes plaster possible. Without a binding agent, you’d have a bunch of random ingredients mixed together that would easily fall apart. Binders give the plaster structural integrity, durability and strength. They also help maintain it’s rock hard surface.

The binding agent used varies based on where the plaster is made and when. In ancient times, the most common type of binder was animal hair. But these days modern plaster is usually made with cement or gypsum. Both ingredients crystalize when hardened to become almost rock hard. This drying and hardening is called curing.

Lime based mixes are also very common and include fibers as a binder.

Yes, plaster is still in use today all over the world. It’ll most likely be used in some form forever because you can make it out of ingredients you find in nature. It’s a natural product that can be locally sourced which makes it very affordable and accessible to just about anyone.

Here in the US it’s been replaced almost entirely by drywall. Although the material itself is cheaper than drywall per square foot, it requires a lot more labor and skill to apply.

Drywall and spackle are much easier and faster to install than slats and plaster. Most plaster jobs cost between $5-$10 per square foot on average. And that generally doesn’t include all the preparation work. It’s like an art form that most builders don’t even know how to do anymore.

Labor is expensive so builders have pretty much all made the switch to drywall. Almost no modern homes built in the US use plaster as their main wall or ceiling finish. But some very high end homes still do. The surface quality is hard to beat with any other material.

Yes, the most common forms of plaster contain either gypsum, lime, or cement. It’s the active ingredient and binding agent. Cement activates when mixed with water to become a paste that binds all the ingredients together. As it dries and hardens, it becomes solid and strong. This process is called hydration or curing.

Plaster is manufactured as a dry powder that is mixed with water. It comes in buckets or bags.

Mixing the product with water forms a stiff workable paste like clay. If the product is too dry or watery, adjust the amount of water/powder ratio you used. Getting the water level correct when mixing is very important.

It’s possible to make an all natural plaster than works really well as a ceiling or wall finish. It can be applied to masonry, wood slats or even to drywall board. Natural products are a great alternative to commercially made plasters because they don’t contain chemicals.

Chemicals used in drywall and plaster can create a form of indoor air pollution called gassing. Chemical toxins can be released from the product inside your home which can make you sick.

The majority of natural plasters are made from a combination of simple ingredients: Clay, sand, straw, lime, pigments, and water.

Here’s a basic recipe of what earthen plaster is made of that you can try out yourself DIY:

Add in lime and pigments slowly. I recommend making a few small test batches with different amount of lime and pigment until you reach the consistency you want. I like a denser, harder finish so I use more lime, but it’s harder to work with and spread.

Adjust the pigment level based on the color you want. The more natural a look you want, the less pigment you should use.

Add just enough water to turn the ingredients into a paste. If there’s still powder in your mixing bowl you need more water. But never use too much water. Watery plaster will be impossible to spread on the walls and/or ceilings.

Summary: What Is Plaster Made Of?

The basic recipe is lime or gypsum, sand or cement, and water. But there are different types which use a variety of local ingredients. Including slaked lime Ca (OH)2, Venetian which includes pigment and marble dust, gypsum, clay, and Moroccan called tadelakt which is made of lime and black soap made from olives. Plaster is similar to cement and becomes extremely hard when dry. Ingredient ratios vary based on the consistency and texture your looking for. Water should be used sparingly. Use just enough water to mix the ingredient thoroughly and not a drop more. You don’t the product to be too watery or too dry.

It’s primarily used as a wall and ceiling covering. In ancient times, almost all homes and buildings used plaster. It’s easy to apply with simple hand tools like trowels and floats. It can be applied directly to a brick, stone or concrete wall to create a super smooth and level surface. And it can be used to cover wood framing too. Strips of wood called slats are nailed to the framing first. Then product is applied to the slats. This is how US homes were traditionally built before drywall was invented.

Sand content can be adjusted based on the texture you want. You can also use different types of sand. Finer sand makes a smoother product while course sand creates a rough finish.

The composition should be pasty like wet clay. Lime or gypsum, water, and sand becomes rock hard when dry. This creates a very strong surface that’s hard to penetrate and cracks. Hanging pictures on a plaster wall is harder than on drywall.

If you have any questions or comments about plaster, email any time.

How To Paint A Brick Fireplace White

How To Tenderize A Sirloin Steak

How To Make Concrete 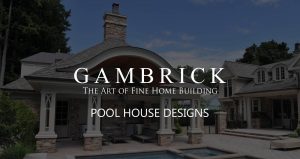 Why Does Concrete Have Lines?

What Is A Rim Joist?

When To Remove Concrete Forms

Pros Of Building A House 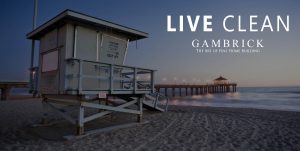 Is It Healthy To Eat Rare Steak? 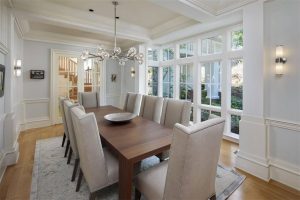 What Paint Sheen To Use: Our Guide to Interior Paint Finishes

How Much Does Concrete Weigh?